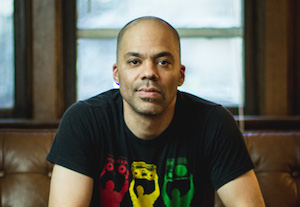 Winnipeg musician and radio personality Ismaila Alfa is about to release a new album to a local crowd at the West End Cultural Centre.

Alfa will perform Saturday, November 15 with Mariachi Ghost while he releases Harmattan. The album is described as a “stomping, riffing, grooving hip hop album unlike anything that’s blown out of Winnipeg before.”

Alfa is a native of Nigeria and can be heard weekdays on CBC Radio One’s “Up To Speed.”

Tickets to the show are $20 at the door or $15 in advance at the WECC, Ticketmaster, Winnipeg Folk Festival Music Store and Music Trader.