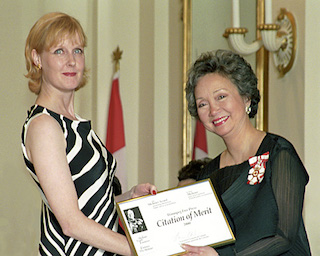 Reynolds passed away Thursday evening at Riverview Health Centre. She was 56.

Reynolds was only 17 when she began working at the daily newspaper as a proofreader. She returned after finishing university and was hired as a columnist, later going on to win numerous awards, including three citations of merit for the Michener Award for Meritorious Public Service in Journalism, a distinguished alumni commendation from the University of Winnipeg, and was named the YMCA/YWCA Woman of Distinction.

Lindor Reynolds has lost her battle with cancer. She died last night at Riverview. @WinnipegNews mourns her loss #BN