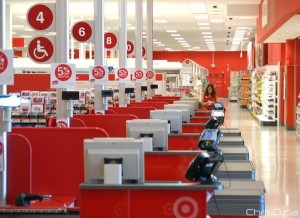 The retail turbulence felt by Target since expanding into Canada will hopefully level out with the company’s new flagship store opening in Winnipeg.

The new Target store located at The Plaza at Polo Park in St. James officially opens Friday after a soft opening earlier this week. The store is one of three new locations Target Canada is announcing, in addition to Ottawa and Mississauga.

Target will be the anchor tenant of The Plaza, a 350,000 sq. ft. development adjacent to Polo Park Shopping Centre. Shoppers to the nearby mall are also being treated with the recent openings of Urban Outfitters and Anthropologie.

“The opening of these three stores marks another important milestone for Target Canada,” said Mark Schindele, president Target Canada, in a statement. “As we head into the holiday season, we’re thrilled to offer our guests additional locations to find exclusive merchandise, great value and a unique shopping experience.”

The three stores all feature a licensed Starbucks, as well as in-store pharmacies.

With the latest round of openings, Target Canada currently operates 133 stores across the country.