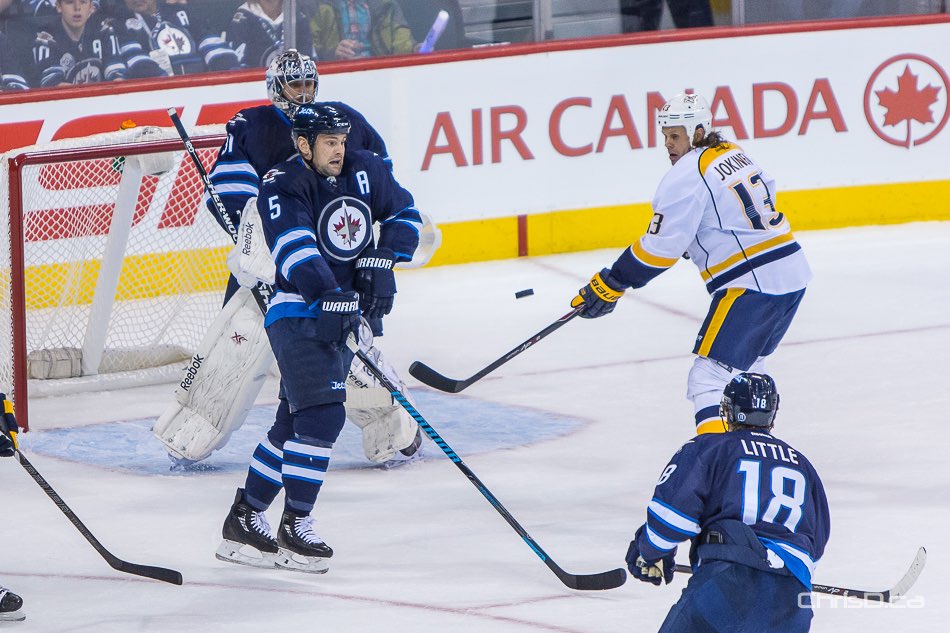 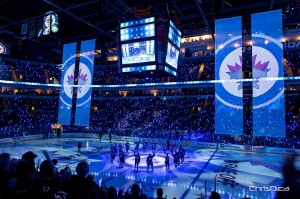 The Winnipeg Jets fell 2-0 to the Nashville Predators in their home opener at MTS Centre on Friday night. (KELLY MORTON / CHRISD.CA)

WINNIPEG — The Winnipeg Jets ran into one of the best goaltenders on Earth Friday night as they opened their regular season home schedule with a 2-0 loss at the hands of Pekka Rinne and the Nashville Predators.

Rinne’s 31 saves earned the perennial all-star his first shutout of the season while clogging up Winnipeg’s opportunity to snap a two-game slide and a serious scoring drought after opening their season with a 6-2 win in Glendale over the Arizona Coyotes. With just one goal scored in their subsequent losses in San Jose and Los Angeles, the 1-3-0 Jets have now gone nine periods with just the one marker for.

It begs the question; why has the offence dried up after a six-goal splurge to start the season eight days ago? 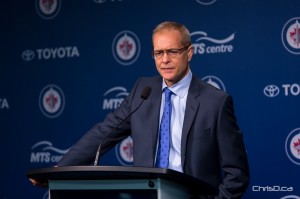 “That’s a good question. We certainly aren’t good at scoring goals the easy way,” said head coach Paul Maurice in a brief post-game press conference. “Clearly if there’s an easy answer to that it’d been found out 10 minutes into not scoring. There’s some chances there. Is there a big enough volume for us to score? I think if we get into these situations you’ve got to just simplify it down to as many pucks to the net as you can.”

“Tonight we had a couple great chances and a couple good looks, especially on the power play,” said centreman Bryan Little, who leads the Jets with three goals on the young campaign. “The couple shots I had tonight, (Rinne) looks huge in there. There’s not a lot of room. He takes away the angles good and the chances we did have tonight he made those saves look easy.” 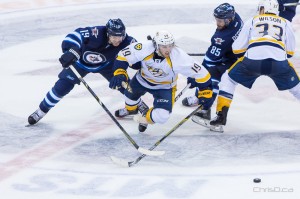 “There’s a reason there’s 82 games,” added Little when asked about Winnipeg’s early season struggles. “It’s not the start we wanted but we’re staying positive and staying focused in here. We still have four home games left on this home stand so we’re going to make the best of it.”

Nashville lit the lamp late in the first as Mike Ribeiro impressively re-directed a Seth Jones point shot past Jets netminder Ondrej Pavelec, and then added the insurance mid-way through the third via another offseason addition, James Neal.