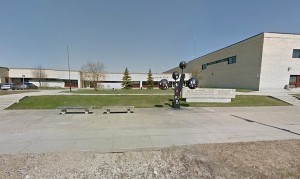 A fire last week at Kildonan-East Collegiate has forced the planned voting location for Wednesday’s municipal election to be moved.

Voters in the Elmwood-East Kildonan ward will now vote at the neighbouring facility at the Church of Jesus Christ of Latter-Day Saints, 700 London Street.

All candidates have been notified of this change and the City of Winnipeg will provide signage and additional staff to ensure that all voters are directed to the neighbouring facility.