Home » News » Bowman a New Generation of Leadership for Winnipeg

Bowman a New Generation of Leadership for Winnipeg 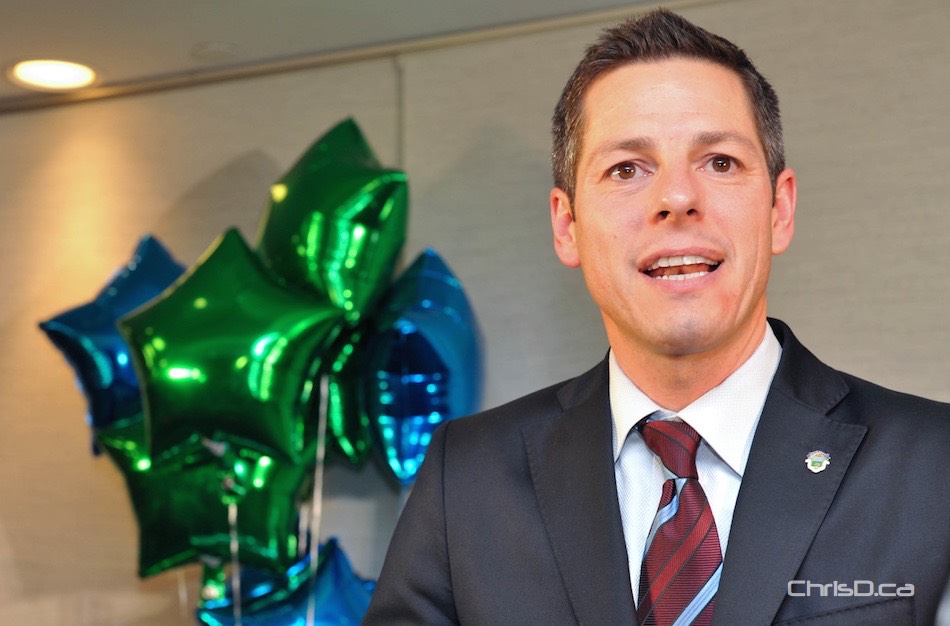 Mayor-elect Brian Bowman addresses supporters at Inn at The Forks on Wednesday, October 22, 2014 after being declared Winnipeg’s next mayor. (TED GRANT / CHRISD.CA) 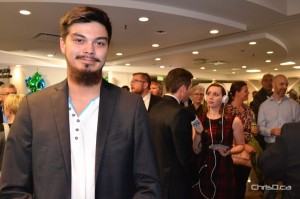 WINNIPEG — Chris Tweten is a 23-year old lifelong Winnipegger, but he’s never voted in an election before in his life.

That is, until he voted to make political newcomer Brian Bowman Winnipeg’s newest mayor in Wednesday night’s civic election.

“It’s the first time the elections really hit home for me,” he said. “I felt previous elections wouldn’t make a difference in my life.”

“I didn’t expect to win,” said Bowman. I didn’t know what to expect, to be honest. We were working to the last minute.”

Bowman noted that although the campaign was hard work, the real work was only just beginning. He says his first order of business will be to hire a new CAO, and start moving forward.

Bowman’s promise to finish bus rapid transit was one of the first things many supporters gathered at the Inn at the Forks noted as the campaign promise they found most exciting.

“Bus rapid transit is something we need to see through,” said Jody Sie, one of Bowman’s supporters attending the gathering. “It’s one of the things we need to make Winnipeg the world class city it deserves to be.”

“I work downtown,” she says. “I want to be able to get to work without my damn car!”

It was Bowman’s support for up-and-coming Winnipeg entrepreneurs that captured Tweten’s imagination, something he said Bowman projected strongly, but that he never felt from Wasylycia-Leis.

“The people who are creating jobs in our city need a voice,” he says. “I really feel that Brian is going to make that difference for entrepreneurs.”

Bowman attributed his success to the strength of his volunteers, and people across Winnipeg wanting positive change — something he says he emphasized all through his campaign.

“Believe me when I say, Winnipeg’s best days are ahead of it, not behind it.”