Home » News » Semi Gets Stuck After Colliding with Overpass Near Brandon

Semi Gets Stuck After Colliding with Overpass Near Brandon 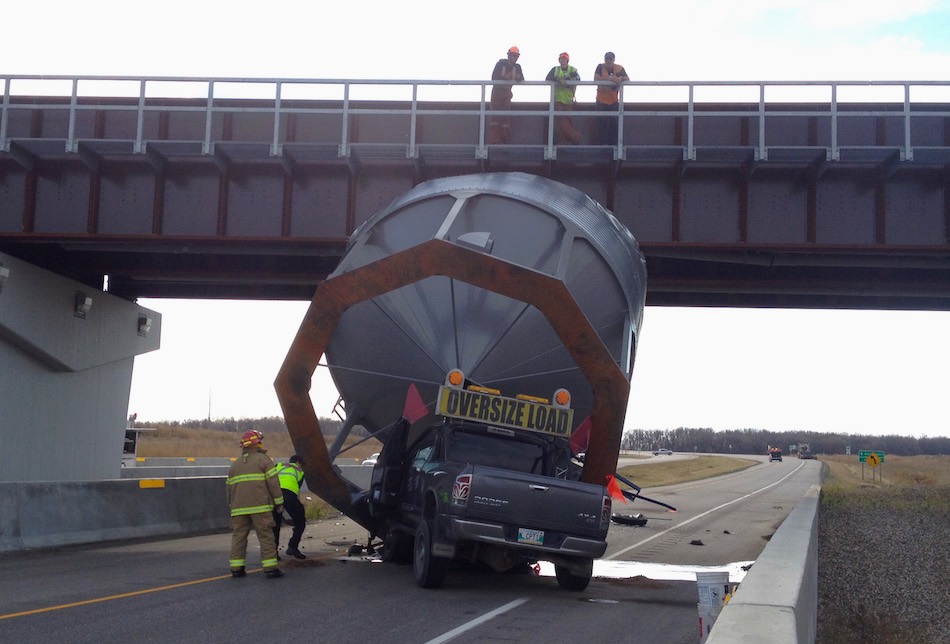 A pilot vehicle collided with the rear of a semi-trailer truck hauling grain equipment after it suddenly became stuck under a railway overpass on Highway 110, east of Brandon, on Thursday, October 22, 2014. (IAN HITCHEN / BRANDON SUN)

A semi-trailer hauling an oversize load collided with an overpass on Highway 110 east of Brandon Wednesday morning.

The semi, being escorted by pilot vehicles, was travelling southbound at around 11:45 a.m. when the accident happened south of Provincial Road 457 West.

RCMP say the semi collided with the railway structure and became trapped under the overpass. The abrupt stop of the semi caused one of the pilot vehicles to collided into the rear of the truck.

The driver of the pilot vehicle was taken to hospital with minor injuries. The semi driver wasn’t injured.