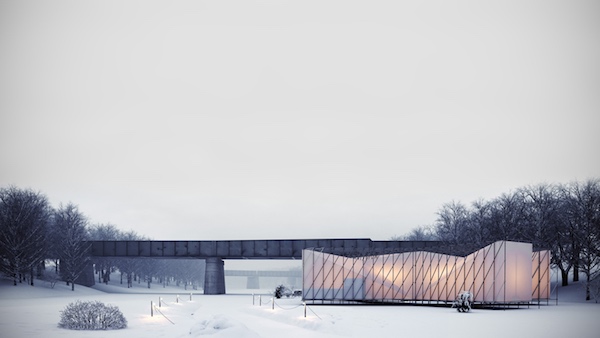 The winning design of Raw: Almond for 2015 by British design firm OS31. (HANDOUT) 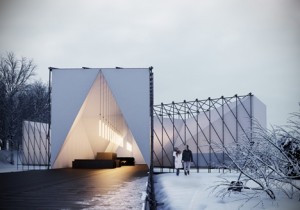 Raw: Almond will be back in January at the point where the Red and Assiniboine rivers meet at The Forks. (HANDOUT)

The Raw: Almond pop-up restaurant on the frozen Red River is returning for 2015 with an entirely new design.

British design firm OS31 has won a competition to create the new X-shaped tent on the surface of the Red this January at The Forks.

The unique pop-up was the creation of deer + almond’s Mandel Hitzer in 2013, who brought Joe Kalturnyk of RAW Gallery on board to design it the past two years. 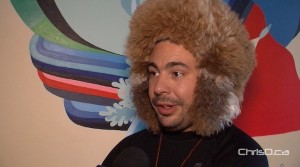 “The plan is made up of two clashing geometries,” OS31 founder Tony Broomhead told the website Dezeen.com. “The design creates an expressive frame that floats across the ice like a frozen jetty, whilst providing a dining experience that is clear from structure. The exterior and interior are expressed as separate forms, one enclosed inside the other.”

The pop-up serves a five-course meal created by some of Winnipeg’s top chefs. It has sold out in both years and accommodates thousands of patrons duration its brief seasonal run.