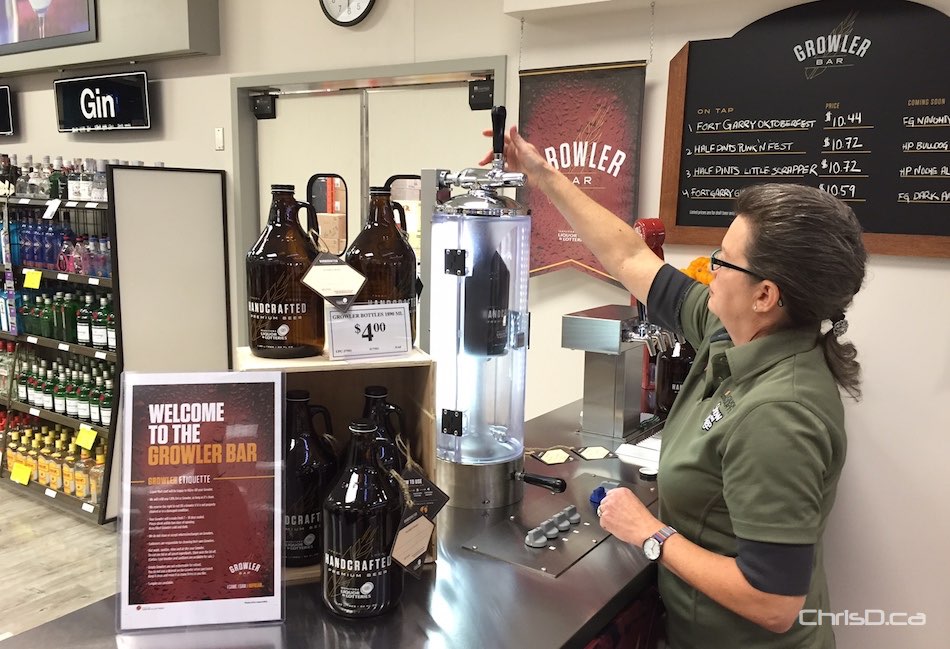 Manitoba Liquor and Lotteries has introduced “Growler Bars” at five Liquor Mart locations, featuring both core and seasonal listings from Fort Garry and Half Pints breweries.

“It’s no secret that Manitobans are beer enthusiasts,” said Ron Lemieux, minister responsible for Manitoba Liquor and Lotteries. “Our government is a strong supporter of our local brewers and the introduction of Growler Bars to the marketplace provides Manitobans with a new way to enjoy some fantastic craft beers.”

Growlers are commonly found at breweries and brewpubs across North America as a way to enjoy craft beer. The province says the pilot project will undergo a six-month test period before being made permanent.

Growler Bars are located at:

Flavours will rotate approximately every four to six weeks and will be updated on the Liquor Marts’ website.