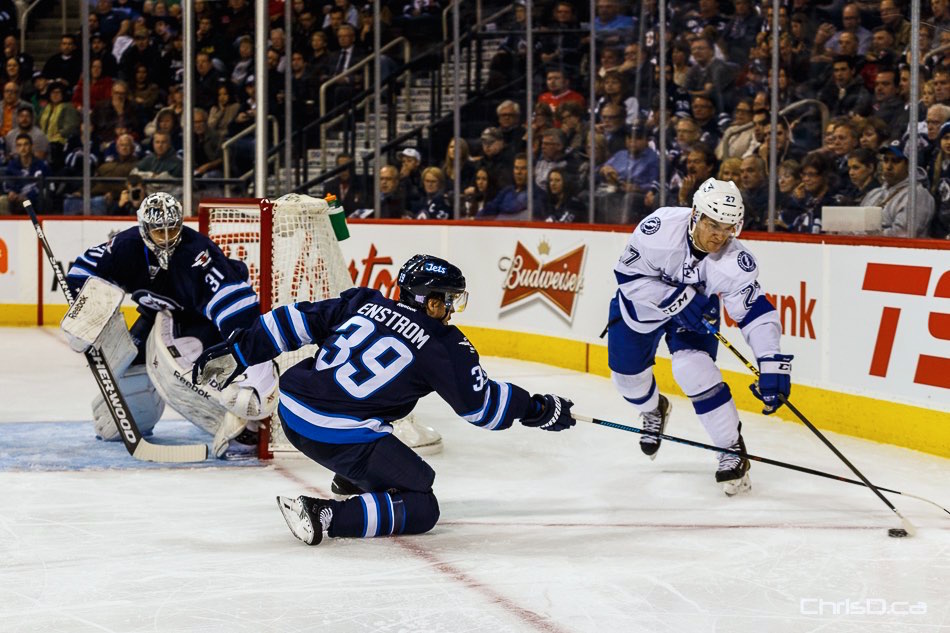 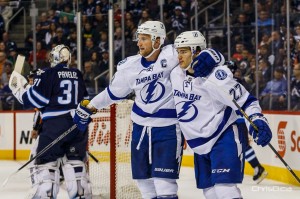 WINNIPEG — The Winnipeg Jets came out firing Friday night looking to string together consecutive victories for the first time this season, but the Tampa Bay Lightning took advantage of the few chances they were given, scoring three times on just six shots in the second frame to beat the struggling Jets 4-2 at MTS Centre.

Winnipeg peppered Lightning goaltender Ben Bishop with 30 shots through the first two periods — and Bryan Little was able to record his team-leading fourth goal of the season while snapping Winnipeg’s 22-attempt power-play drought — but Tampa’s Ondrej Palat notched a goal and an assist in the period to take a 4-1 stranglehold and chase goaltender Ondrej Pavelec from the game. The Jets’ fifth-year starter allowed all four Lightning goals on 18 shots. 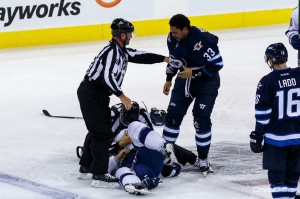 “The offensive part of our game in terms of chances for and chances against has been good,” said Jets bench boss Paul Maurice, whose team recorded 42 total shots on goal and 27 against. “The quality of chances we gave up is too high. The odd-man rushes that we gave up aren’t coming off for and off the rush. We’re not trading rush chances back and forth — it was just positional. Fairly basic things.”

Michael Hutchinson started the third between the pipes for the Jets, making nine saves while not allowing any more damage. The switch of netminders may have also provided a bit of a spark. Blake Wheeler picked up his own rebound in a pile of bodies before turning and firing his third goal of the season top-shelf to make it 4-2 midway through the third.

“We tried to do a better job in the third. I think (Hutchinson) came in and played strong,” said Wheeler, named an alternate captain this season for the first time in his career. “(Pavelec) has been awesome for us all year, so it was too bad that we did him in a little bit in the first two periods.”

Rookie Jonathan Drouin — Tampa’s third-overall selection in 2013 — notched his first-career NHL goal, while also recording an assist on Steven Stamkos‘ game-opening goal on a nifty give-and-go on a two-on-one less than five minutes into the game. Stamkos now has nine goals and 16 points in 11 career games against Winnipeg.

The Jets complete their five-game home stand with a Sunday matinée when they host the Colorado Avalanche at 2 p.m. at MTS Centre. The club then heads out on a four-game road trip through Long Island, New Jersey, New York, and Chicago.