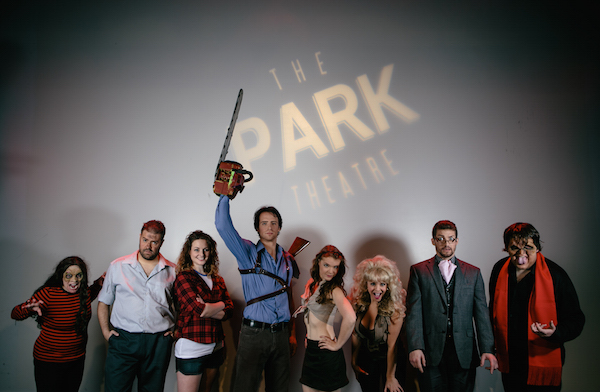 The theatrical production Evil Dead: The Musical is coming to Winnipeg for the first time beginning next week.

Based on the cult classic film series “Evil Dead,” the show was first performed in Toronto in 2003, instantly becoming a hit and moved on to become an off-Broadway success in New York, and other cities.

The stage show, set to a sinisterly sexy soundtrack, leaves audiences laughing, crying, stunned, and — for those lucky enough to get up close — splattered in (fake) blood.

Evil Dead: The Musical will open with a guest appearance by Dave “Bruce Campbell Elvis” Greene at the Park Theatre on Wednesday, October 29.

The production will run until Sunday, November 9. Tickets are available online for $25 each or $35 for VIP Splatter Zone seating.

For showtimes and dates, visit ParkTheatreVideo.com.