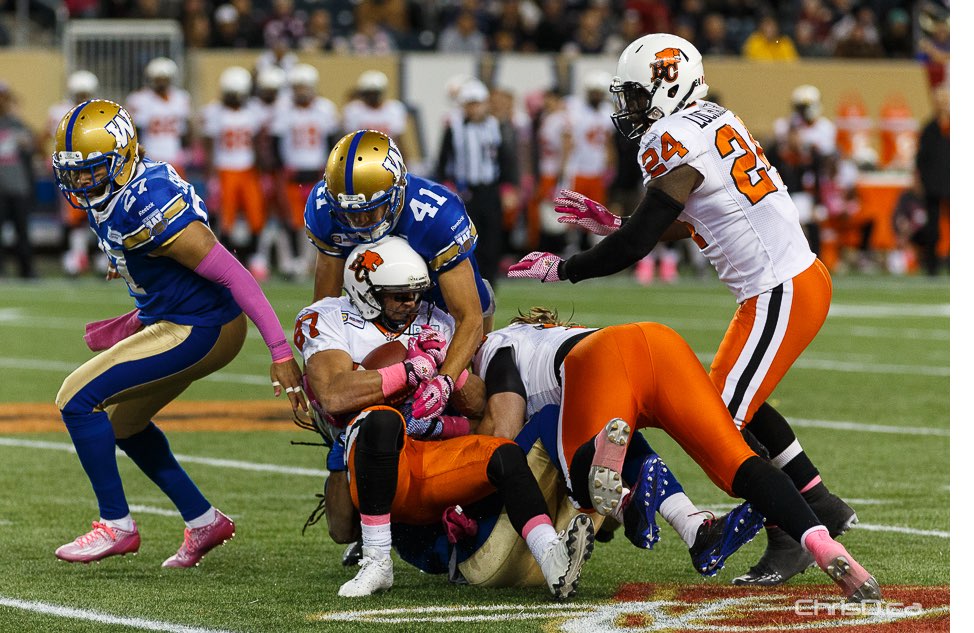 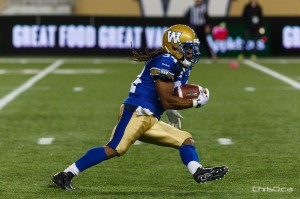 WINNIPEG — The Winnipeg Blue Bombers can essentially pack the 2014 season up, even with a game to play, as they dropped their eighth-consecutive game 28-23 to the B.C. Lions Saturday night to officially eliminate them from playoff contention for a third-straight season.

24,223 came to see the Blue and Gold work to avoid their tenth loss in 11 games in the club’s final home date at Investors Group Field, and while the home club scored to take a 17-13 lead in the third quarter, three critical turnovers and an astonishing 10 sacks allowed secured the 9-7 Lions’ place in the CFL post-season. 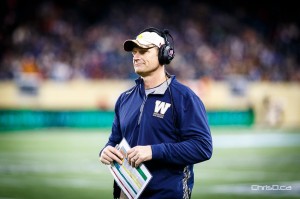 While Winnipeg still had a slim mathematical chance to edge their way into the post-season despite not having won a game since late-August — and they needed quite a bit of help in addition to winning the rest of their games, including B.C. to lose their final three and either 7-9 Hamilton or 7-9 Toronto to finish with 11 losses — the first-year head coach was still almost lost for words when learning his team’s fate.

“It’s always that way for me. There’s no other way to be.”

Quarterback Drew Willy, coming off missing his first game of the season with a hand injury, was harassed and hurried all night. The Lions defence he was tasked with beating is known currently as the top unit in Canada. They hadn’t allowed an offence to score a touchdown since September 19 — 54 possessions — until Willy found his leading receiver Clarence Denmark on a 19-yard strike to cap a 5-play, 58-yard drive to go up 14-7 in the second quarter.

“I care so deeply about the guys in that locker room. I can do more and help out guys and get the ball out of my hands,” said the first-year starting pivot, taking the blame for the 10 sacks allowed and placing it squarely on his own shoulders. “Tonight I wasn’t decisive enough.”

Willy’s 221 yards passing Saturday, while going 13-of-25 with the touchdown toss to Denmark and two interceptions, put the 27-year-old at 3,747 yards on the year. It is the most in a season by a Bombers QB since Kevin Glenn had 3,675 in 2008. Ironically, the journeyman Glenn was the man quarterbacking the Lions Saturday night.

“I’ve learned so much this entire year,” added Willy. “I’m just trying to keep getting better and better and I just want to do everything I can to help this team.”

With a bye in Week 20, the Bombers finish their 18-game regular season schedule on Saturday, November 1 in Calgary against the powerhouse 14-2 Stampeders.