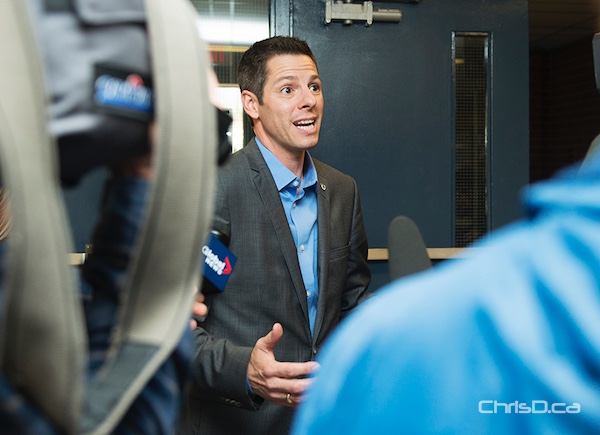 Winnipeg mayor-elect Brian Bowman has announced a five-member transition team in preparation for his swearing-in on November 4.

Bowman has selected research and business veteran Andrew Enns, president of NRG Research, to co-chair the team, along with Barbara Biggar, president of Biggar Ideas.

Both served as senior advisors to Bowman during the 2014 civic election campaign and have extensive experience working with and advising governments at all levels.

Other members of the transition team include:

Phillip Paskewitz, the Official Agent during the campaign, who is director of financial services with the Pan Am Clinic/WRHA and administrative director.

Bryan Gray, who practices law and is principal of public affairs firm, Veritas North. Previously, Gray worked for the City of Winnipeg as manager of the EPC Secretariat and as a senior policy advisor.

Étoile Stewart also joins the transition team. Until recently, Stewart was the strategic planning and policy coordinator at the City of Winnipeg and previously, a project manager to the Economic Development Committee of Cabinet at the Province of Manitoba.