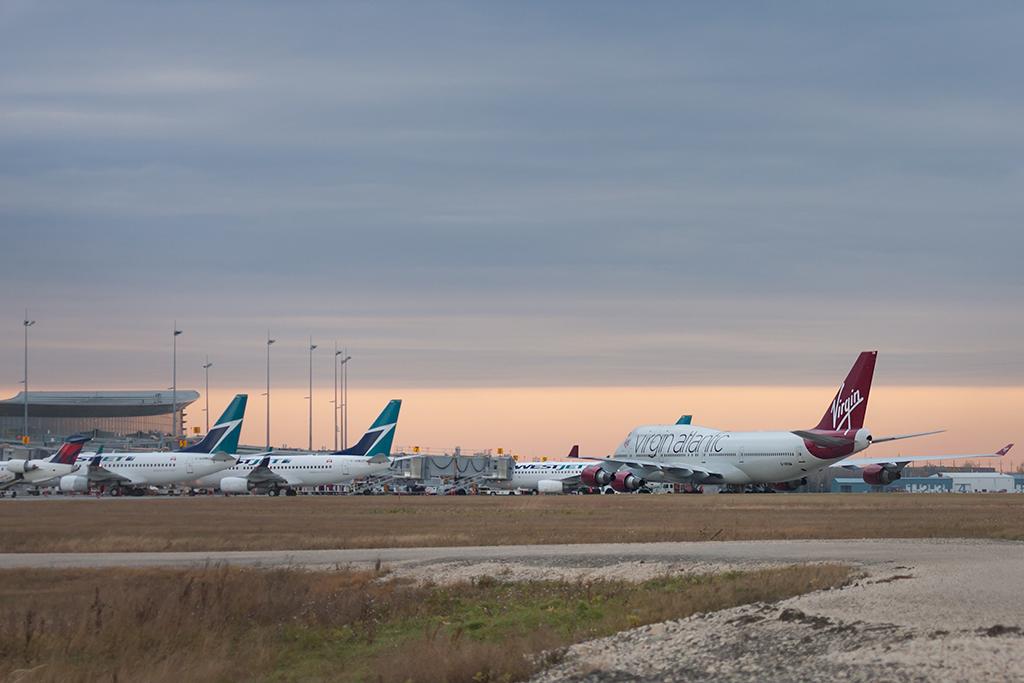 A Boeing 747 from the Virgin Atlantic fleet made an unscheduled stop in Winnipeg on Sunday.

The flight, travelling from London, England to Las Vegas, landed at James Richardson International Airport at around 2:58 p.m.

A spokesperson for the Winnipeg Airports Authority confirmed it was due to a medical emergency onboard.

The Richard Branson-owned aircraft took off again at 4:22 p.m., according to flight records.

@ChrisDca Photo of the Virgin Atlantic Boeing 747 that made an unscheduled stop here in Winnipeg yesterday. pic.twitter.com/0f8YCj0yuT