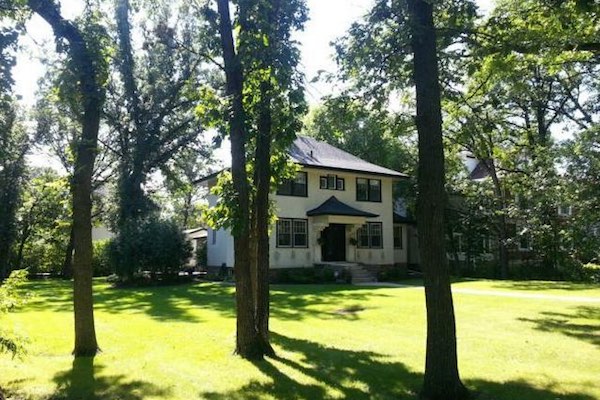 WINNIPEG — Former Red River College president Stephanie Forsyth is coming under fire for having surplus marble used in a college construction project installed in her kitchen.

Documents show Forsyth had the material installed in her former Wellington Crescent home.

“If the former president had taken a few scraps of old plywood, no one would care,” said CTF Prairie director Colin Craig. “But we’re talking about expensive marble and photos suggests it could be a sizeable amount. The college should have sold off the material.”

A chain of e-mails between top-level RRC staff show the college was aware of the matter several months ago.

“The simple fact is that marble is in SF’s (Stephanie Forsyth) house and a certain quantity came from PGI. Even if it was marked for disposal it shows poor judgement (sic) at best, dishonesty at worst,” said acting RRC president David Rew in an e-mail obtained through a freedom of information request.

Forsyth, a controversial figure at the college for her previous spending habits with RRC’s wallet, resigned in September due to personal and family reasons.

It’s unclear what the volume and value on the marble is, or if a severance package was provided to Forsyth after she left her position.

The CTF is calling on the college to release a report on the marble matter that it previously claimed wasn’t complete.

“First the former president expensed golf shoes and her driver’s license, then there was the bill for wedding-related expenses and now we’re talking about her taking home expensive marble,” added Craig. “The college needs to come clean on what’s going on. We’re talking about taxpayer dollars and student fees.”

In a statement, Red River College said Board of Governors Chair Lloyd Schreyer would review the matter and make recommendations regarding appropriate actions based on the findings of the investigation.

Read the e-mails below: