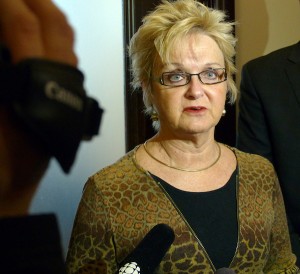 Manitoba’s Progressive Conservatives are calling on the NDP government to implement better screening technology to detect breast cancer in women.

The Tories say Manitoba is the only province in Canada without the capability to use digital mammography — a method backed by the Canadian Breast Cancer Foundation.

“CancerCare Manitoba has been asking for digital machines since 2009, yet five years later we are the only province without digital mammography in our public healthcare system,” said PC health critic Myrna Driedger.

“If all other provinces have been able to provide this new standard of screening, excuses year after year from the Minister of Health is simply unacceptable,” Driedger added.

Breast cancer is the most commonly diagnosed cancer and the second leading cause of cancer deaths in Canadian women.