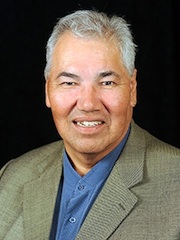 Justice Murray Sinclair will deliver the keynote address tonight at a public University of Manitoba lecture.

Murray, chair of the Truth and Reconciliation Commission of Canada, will speak at the 2014 Knight Distinguished Visitor Lecture.

Titled, “If you thought the Truth was hard, Reconciliation will be harder,” the lecture will be held in the atrium of the Engineering and Information Technology Complex on the U of M’s Fort Garry campus beginning at 7:30 p.m.

Sinclair was Manitoba’s first aboriginal judge, appointed to the provincial Court of Manitoba in March of 1988 and to the Court of Queen’s Bench of Manitoba in January 2001.

Admission to tonight’s lecture is free.

← Previous: Is Your Vehicle Ready for Another Canadian Winter? Next: Manitoba Museum Celebrates 41 Years of the Nonsuch →
Tags: University of Manitoba | Winnipeg