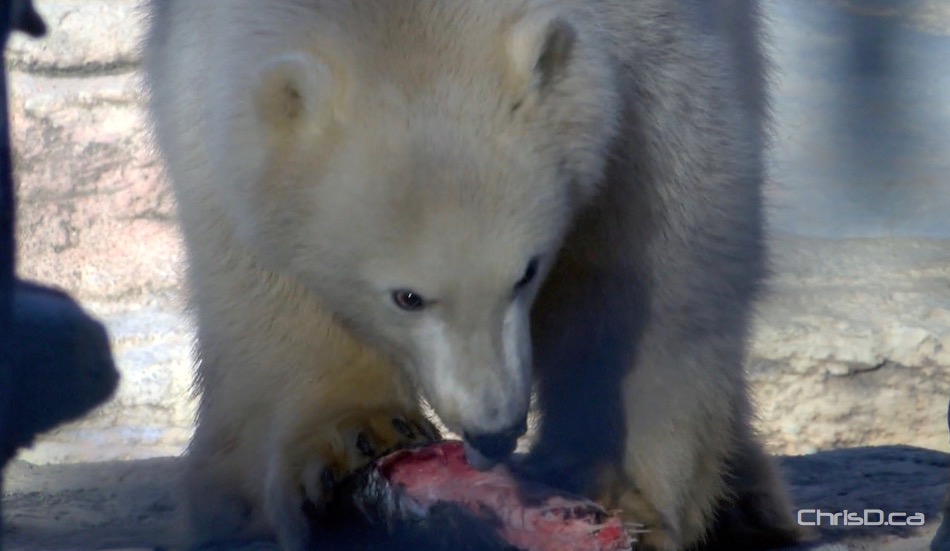 WINNIPEG — The Assiniboine Park Zoo has a new Star amid a Blizzard of fanfare surrounding two new polar bear cubs.

The two orphaned cubs came to the zoo in September after being rescued from the Hudson Bay shoreline in northern Manitoba. They underwent a standard 30-day quarantine process before being introduced to the public on Friday.

“There is certainly a lot of excitement in the community about these young cubs so we are pleased to introduce them for the first time today,” said Dr. Brian Joseph, director of zoological operations at Assiniboine Park Zoo. “Like our visitors, we are looking forward to getting to know the cubs’ unique personalities and watching them grow and mature.”

The siblings, a male and female, were named after more than 2,500 votes on the zoo’s Facebook page. A selection of names were chosen by students from three northern Manitoba schools (Gillam School, George Saunders Memorial School, and Fox Lake School) that are located in the area where the cubs were found.

Visitors to the zoo will be able to watch the cubs play in the International Polar Bear Conservation Centre.