Home » Entertainment » ‘The Past’ Breaking into Winnipeg’s Music Scene

‘The Past’ Breaking into Winnipeg’s Music Scene 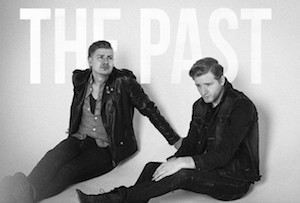 Winnipeg musicians The Past are carving a name for themselves on the local music scene.

After travelling and working on their debut album in Los Angeles, the duo is getting set for a show on November 22 at The Handsome Daughter bar on Sherbrook Street in support of Movember.

“We’ve put a lot of effort into (our) live show and if people are gonna pay money to see us play, we want to make it worth it for them,” said guitarist/vocalist Jordan Heppner in a release. “We want to entertain the crowd, not just stare at our shoes and mumble some words. This means something to us and we hope people enjoy it.”

Also made up of Adam Klassen, The Past describes its music as “somewhere between glam and blue collar.” Songs on the debut album, including the single “Higher Than The Sun,” have already been labeled as “nostalgic” by early listeners.

Tickets to the Movember show are $15, with proceeds going to Prostate Cancer Canada.