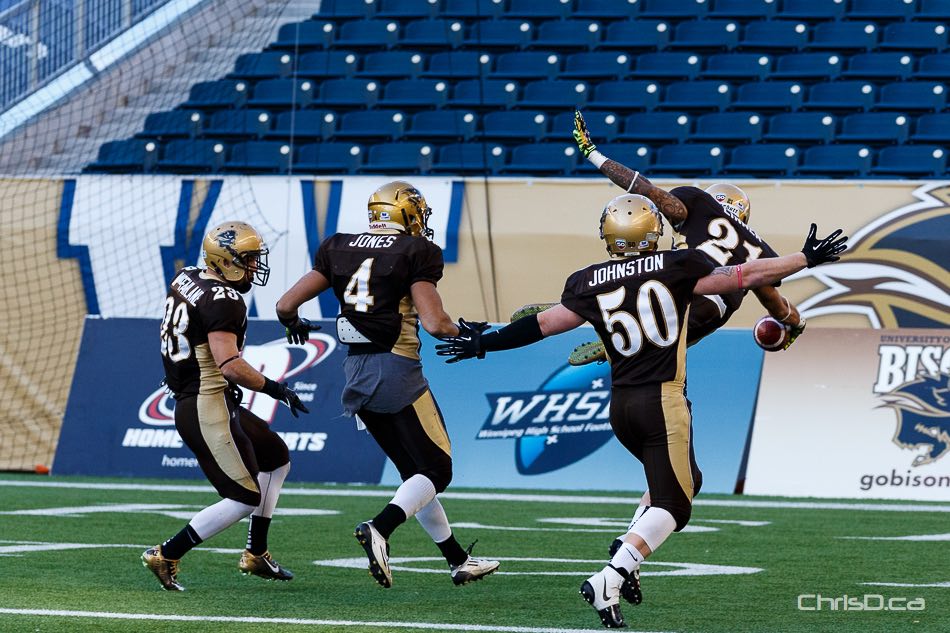 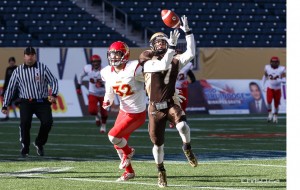 The Bisons now sport a 4-4 record, which puts them in third place and a semifinal game against the Saskatchewan Huskies (5-2) Friday, November 7. Calgary (6-2) will play host to the Regina Rams (3-5) Saturday, November 8 in the other semifinal.

Wide receiver Nic Demski had four receptions for 126 yards and three touchdowns to lead the Bisons.

“We had a really solid game plan and we executed it,” said Bisons head coach Brian Dobie. “We had blocked punts for touchdowns. We opened the game with a scoring drive into the wind. We came out of the gates and never relented. I’m super proud of the team.”

First-year defensive back Jayden McKoy was a standout on defense, recording four-and-a-half tackles, two interception returns for 39 yards and a fumble return for 60 yards and a touchdown.

“We needed to win this game,” McKoy said. “If we lost, there were all these scenarios with this-and-that, but that wasn’t our mindset. This was like a playoff game and that’s how we treated it.”

The head coach was ecstatic with the play of McKoy.

“He’s outstanding,” Dobie said. “He made plays all day. He was the best player in his graduating class and that’s why we recruited him. Look at what he did today.”