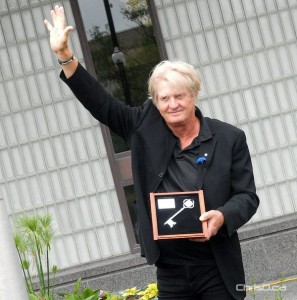 Manitoba-born musician Tom Cochrane will play a show at the Club Regent Event Centre in the new year.

Cochrane will be in Winnipeg on February 16, 2015 as part of a list of concerts announced Monday by Casinos of Winnipeg.

Tickets go on sale Thursday, November 6 through Ticketmaster beginning at $40.

Also announced was Chilliwack with guests Harlequin on January 16, and Sing-a-Long Grease on January 17. Tickets for both shows also go on sale November 6.