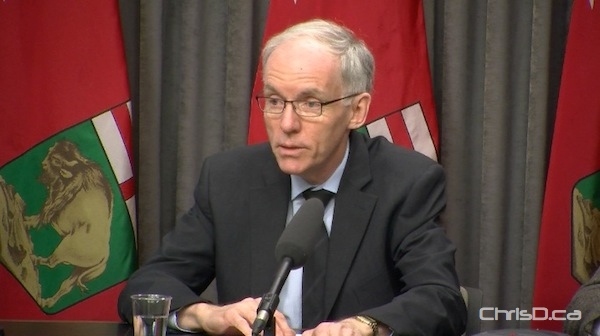 WINNIPEG — The Selinger government will recall the legislature on November 20 for a brief fall session until December 4.

The sitting will begin with the traditional speech from the throne. New NDP House Leader Steve Ashton delivered the news to waiting reporters on Wednesday.

There had been some doubt on whether Premier Greg Selinger would call a fall sitting given the recent turmoil inside the party and the resignation of five cabinet ministers on Monday.

A new poll from Mainstreet Technologies shows the majority of Manitoba voters want Selinger to resign as premier.

“We’ve been trying to establish a start date for the fall session for several months,” said Opposition House Leader Kelvin Goertzen. “We look forward to getting to work in the House to deal with issues important to Manitobans. I look forward to meeting with the new NDP House Leader to discuss how so many important issues can be debated in such a short sessions (sic).”

Manitoba Liberal leader Rana Bokhari said the government is, “tired, demoralized and divided and is in no shape to run the province.”

“We are witnessing a train wreck in slow motion as former ministers quit but are allowed to remain in caucus to sow more seeds of dissension,” she added.

The next provincial election is in 2016.