Manitoba Ramping Up Construction for 2015-16 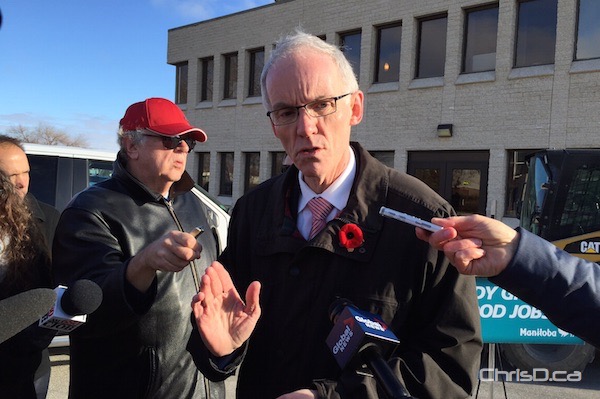 The Manitoba government has come out with a list of upcoming construction projects for the 2015-16 season, releasing a tender list earlier than usual.

“We are ramping up provincial investments in core infrastructure while also ensuring the construction industry gets the time they need to prepare for the increased work,” Infrastructure and Transportation Minister Steve Ashton said.

“This year, construction firms have an extra month to do the planning, hire and train the workers, and buy the equipment they need to build and upgrade highways, roads and bridges.”

Ashton says the list gives the construction industry a head start in the planning of projects for highways, roads and bridges. It’s normally released in late November and sometimes not until January or February.

The tender package is part of the government’s five-year, $5.5 billion infrastructure plan. The government touted its one percent PST increase last year as the main driving force behind the enhanced construction plan.

Ashton also said the two major bridge rehabilitation projects on the south Perimeter Highway, one at Pembina Highway and the other at Fermor Road, are nearing completion.

“These two overpasses are heavily travelled by area motorists, tourists and commercial travellers.”