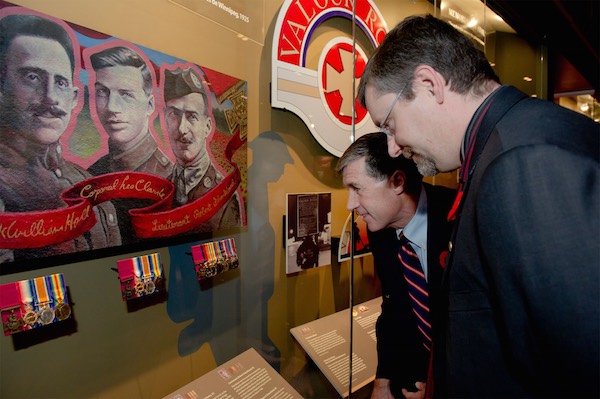 Time is running out to view the Victoria Crosses of Valour Road at the Manitoba Museum.

It’s the final week the crosses will be on display, where they will then be returned to their permanent home at the Canada War Museum in Ottawa, Ontario.

The crosses, awarded to three Winnipeg men for their actions in battle in the First World War, have been at the museum since August 6.

The medals are now part of the national collection and were awarded to Lieutenant Robert Shankland, Sergeant-Major Frederick William Hall and Corporal Leo Clarke who, at the time of their enlistment had all resided in the same block of Pine Street in the west end of Winnipeg.

The Victoria Crosses of Valour Road exhibit will run until closing on November 16.

The Manitoba Museum is open on Remembrance Day from 1 p.m. to 5 p.m.