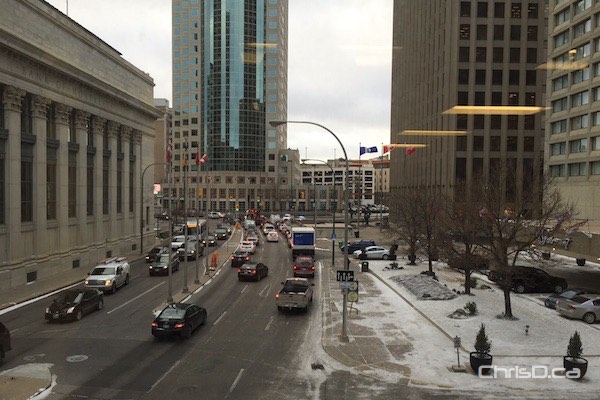 Traffic on Portage Avenue East is halted after a suspicious package was found on a transit bus near Portage and Main on Wednesday, November 12, 2014. (CHRISD.CA)

UPDATE: 3:40 p.m. — The intersection has since reopened to traffic.

Police say the item was located at around 1:30 p.m.

Motorists are asked to avoid the area until further notice.

No further details are available.