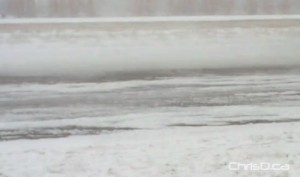 The first rush hour commute of the season with snow-covered roads greeted Winnipeggers on Wednesday morning.

The city received a light dusting overnight, making many roads in and around the city very slick as motorists returned to work and school after a day off.

City crews are out sanding regional streets and bridges, while the Manitoba government website reports blowing and swirling snow in traffic on many area highways.

Crashes were reported on Pembina Highway, McPhillips Street, Plessis Road, and on the Perimeter Highway. There was also a crash on Highway 207 at Highway 1.