Home » News » Nearly One in 10 Winnipeggers Living with Diabetes: Report

Nearly One in 10 Winnipeggers Living with Diabetes: Report 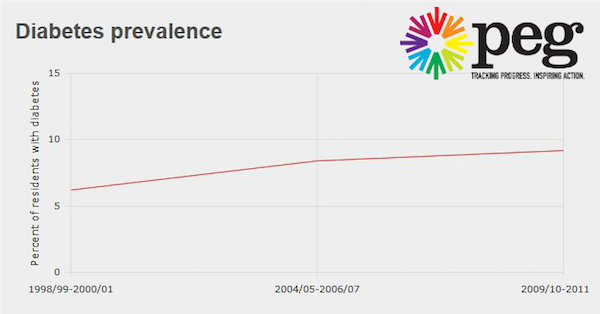 A new report from the Manitoba Centre for Health Policy shows nearly one in 10 Winnipeggers have diabetes.

The report was released Thursday by Peg, an organization tasked with measuring the health of the community annually.

The findings show 9.2 percent of Winnipeggers aged 19 or older were treated for diabetes between 2009-10 and 2011-12. In the same demographic, the number of Winnipeggers with diabetes (either Type I or Type II) has increased by 48 percent from 10 years earlier.

The community with the highest level of diabetics is Point Douglas, followed by Inkster, and downtown. The lowest areas are Assiniboine South, River Heights and Fort Garry.