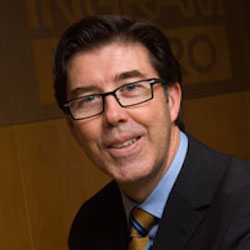 Forbes takes over for the retiring Pierre Blouin, who will remain the company’s chief executive until the end of the year to ensure a smooth transition.

Forbes was most recently the president and chief executive officer of Teranet, a world-leading developer, operator and owner of electronic land registration systems.

“Forbes is an inspirational leader with strong strategic insights, a history of excellence and the proven ability to create value for the businesses he has operated,” said David Leith, chair of the board of directors.

Forbes will be based in Winnipeg at MTS Allstream headquarters and will be moving to the Winnipeg area.

← Previous: Inside the Luxurious 2015 Lincoln MKC Next: Colin James to Play the Pantages in March →
Tags: Manitoba | MTS | Winnipeg