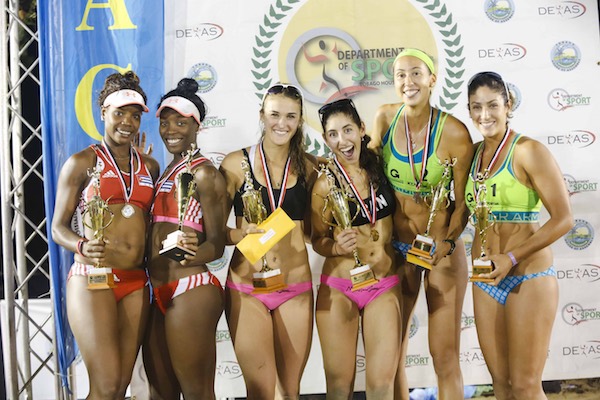 The former University of Manitoba Bison player and teammate Humana, a native of Toronto, claimed the women’s title with a 2-1 (21-17, 19-21, 15-7) victory over Cuba’s Lianma Flores and Leila Martinez.

“We had an amazing weekend of competition,” Humana said. “We played very well as a team and worked hard for each other and at the end of it we are satisfied with the outcome.”

Mexico’s Bibi Candelas and Martha Revuelta ended on a positive note after outplaying Lane Carico and Kevin McGiven-Dicelllo of United States 2-0 (21-18, 22-20) for the bronze.