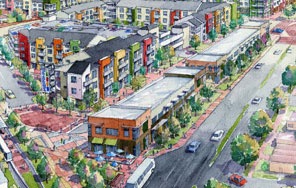 An inaugural gathering of more than 70 city officials, planners, developers, and the public will discuss transit in Winnipeg today.

Roundtable discussions at the Transit Oriented Development (TOD) Summit get underway at 9 a.m. at the Winnipeg Art Gallery.

The summit will explore TOD best practices from cities around the world, and gather people to work towards implementation in Winnipeg. With Winnipeg’s recent adoption of rapid transit, downtown growth in the billions, and hundreds of development projects planned or already completed, Winnipeg is ready and primed for transit oriented development.

The TOD Summit will run until 3 p.m. with roundtable discussions, followed by a public forum from 6-8 p.m., moderated by CBC’s Marcy Markusa.