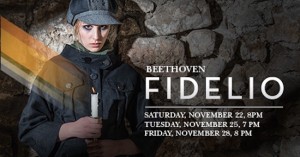 Former refugees will be sharing their stories in a new production opening at the Manitoba Opera.

Fidelio runs November 22, 25 and 28 at the Centennial Concert Hall.

Upwards of 50 former refugees who now call Winnipeg their home will be participating in the production. They will be featured on stage with the cast and chorus in the final act of Beethoven’s uplifting ode to freedom.

Fidelio tells the story of the brave Leonore who disguises herself as a young man in order to work in the prison where her husband is wrongly imprisoned for his political beliefs and finds a way to free him.

View some of their stories below: