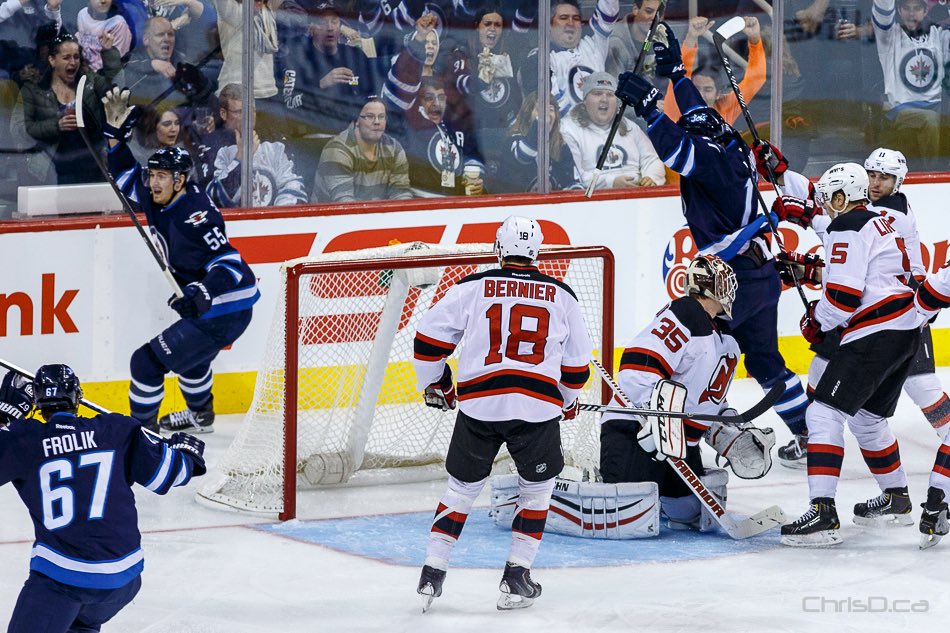 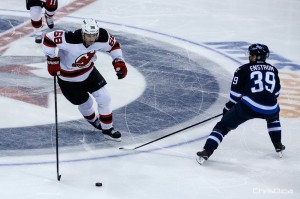 WINNIPEG — Ahead of Tuesday’s home date against the New Jersey Devils, Winnipeg Jets leading scorer Blake Wheeler said the game would be a boring one — and through two periods, aside from a couple quick Jets goals, he was right.

Then the Devils’ were able to squeak one under a sprawled-out Jets goaltender Michael Hutchinson on just their eleventh shot of the game. It wasn’t pretty, but it suddenly made it a one-goal hockey game early in the third.

Winnipeg’s strong defensive play ultimately proved to be the key to their success, holding New Jersey to just 22 shots Tuesday night — including nine through the first 40 minutes — to win for just the second time in their last five games, 3-1.

“I think we knew it was going to be a lot of battles and going to be tight in the neutral zone,” said Michael Frolik, who added the insurance marker late in the third in addition to his assist on Mark Scheifele‘s game-winner. “At least we scored a couple goals. We’re shooting for rebounds, and we got some shots. (Those were) good goals from us, and a great win.”

Winnipeg took control of the scoreboard in a span of just 1:44 in the opening four minutes of the second period, as Mathieu Perreault ripped a backhander from in close for his first goal as a Winnipeg Jet. Scheifele followed suit, picking up a rebound off Frolik’s wrister on the rush, and too burying it backhand past former Manitoba Moose netminder Cory Schneider.

Hutchinson, in just his fourth start of the season, continues his solid play. The 24-year-old rookie captures his third win of the season to improve to 3-1-1, while his club improves to 10-7-3 on the season.

“It was a challenging game. It was just one of those ones where you just try to get in front of the puck,” said Hutchinson on the trying task of staying sharp for 60 minutes with long spans of being starved for work. “I was fortunate that we were able to score two goals in the second period and get a bit of a lead.”

The Jets struggles with the man-advantage continue, now without a power-play goal in their last five games. Even against New Jersey’s league-worst penalty kill (70%), the Jets went 0-for-5, including a brief 18-seconds of a 5-on-3 advantage.

“Clearly the power play is a sore spot for us. It has to get better,” said head coach Paul Maurice. “We’re at the point now where we’re not excited about the two-minute power play, and for tonight it was just, we stopped even working at a 5-on-5 — we’re definitely not working at a 5-on-5 pace, and even below a 5-on-4 pace.”

“It’s a mindset thing. We’ll have to crack that a little bit.”

The Jets complete their three-game home stand by hosting Detroit on Thursday night, and then St. Louis on Sunday afternoon in a division tilt where two points currently separate them.