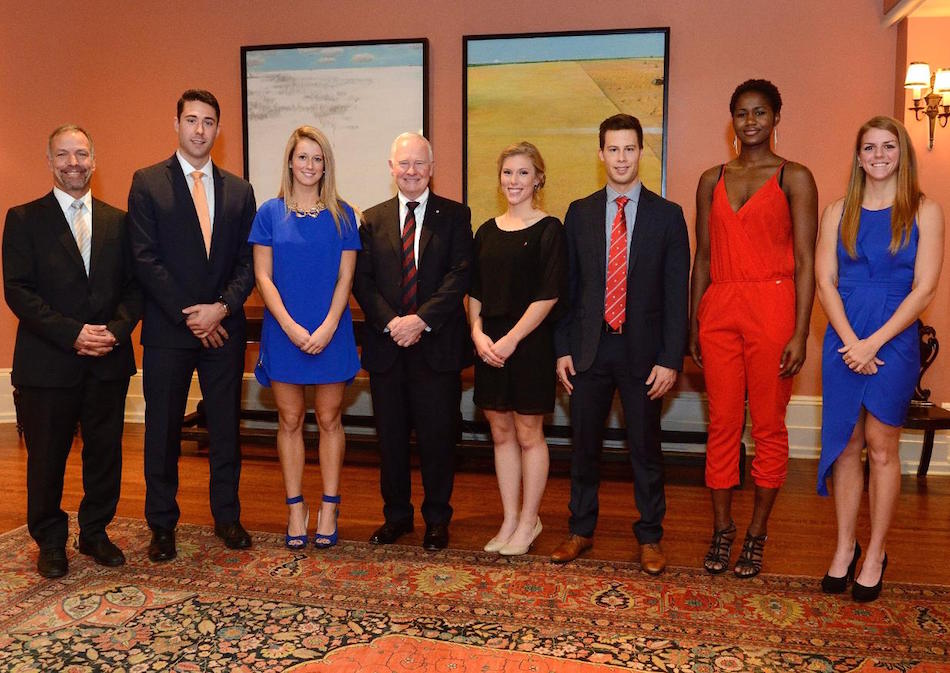 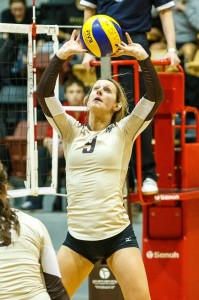 University of Manitoba student-athlete Brittany Habing was honoured at Rideau Hall in Ottawa on Monday.

The Bisons volleyball player was named one of the Top 8 Academic All-Canadians by Canadian Interuniversity Sport in October for her accomplishments on and off the court.

“The record number of Academic All-Canadians once again this year speaks volume about the quality of our student-athletes, but also our coaches, support staff and our universities,” said CIS chief executive officer Pierre Lafontaine. “The Top Eight represents the very best of what university sport is all about. To be selected among 11,500 of their peers is an achievement these exceptional student-athletes should be extremely proud of.”

Habing, a 5’8″ setter from East St. Paul, Man., maintains an academic average of 80 percent or higher in her science studies with a 4.0 GPA, making her eligible for the Governor General’s Academic All-Canadian Commendation.

Habing began her university playing career with the Winnipeg Wesmen before transferring to Manitoba after two seasons. In her Manitoba debut, Habing was named a second-team Canada West all-star after she led the country with 10.46 assists per set.