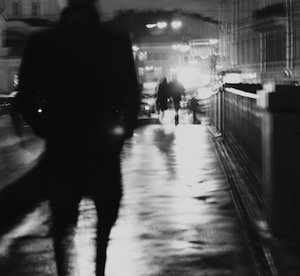 (Walking at night image via Shutterstock)

Numbers from a city survey show the majority of Winnipeg citizens feel safe walking alone at night in their own neighbourhood.

MyPeg.ca says 73 percent of Winnipeggers feel safe, which is down slightly from 10 years ago (78 percent in 2004).

The data comes from the City of Winnipeg Citizen Survey, which measured the perception of safety, tracking the percentage of people that feel safe walking in their neighbourhood alone at night.

Close to two out of every five Canadians have taken precautionary measures to protect themselves from crime within the past year (Statistics Canada, 2009).

The data was released in the middle of National Community Safety and Crime Prevention Month, running November 1-30.