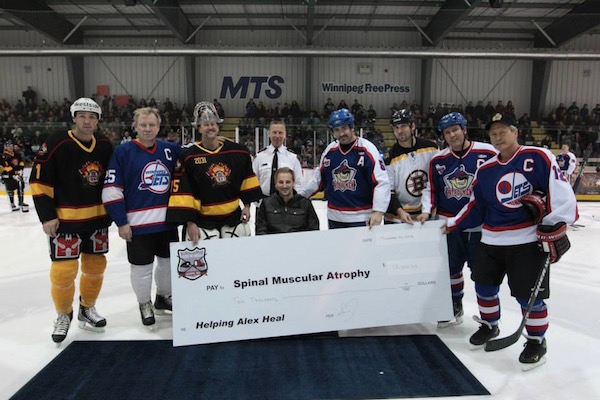 Former Toronto Maple Leaf great Doug Gilmour is among the NHL alumni playing in a charity hockey game being put on by the Winnipeg Police Service.

The 4th Annual ABC Fire and Safety, Guns vs. Hoses Charity Hockey Game is on Friday at the MTS Iceplex.

Three former Winnipeg Jets players, Laurie Boschman, Ab McDonald, and Joe Daley, will also be participating in the event, which has raised approximately $30,000 for charity since its inception.

Funds raised from the event will go to the “Courage for Cory” fund. Cory is a Winnipeg Fire Paramedic Service member, who was the victim of an off-duty explosion in September.

The game is open to the public. Puck drop is 7 p.m.