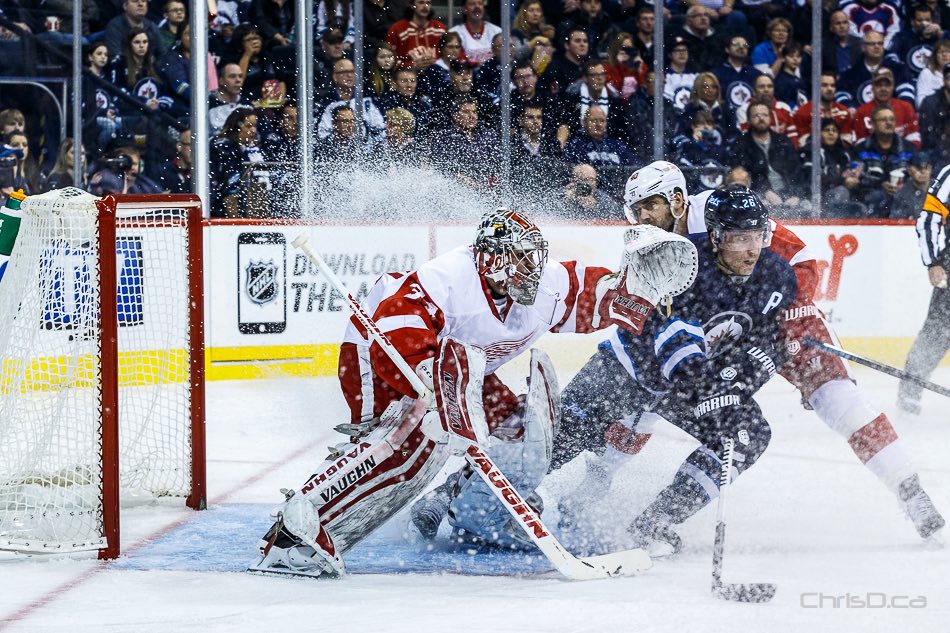 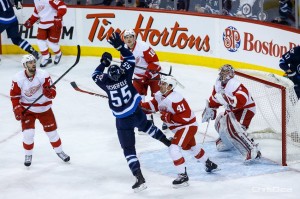 WINNIPEG — With it appearing the Winnipeg Jets would cruise to a consecutive win at home holding a 3-2 lead late in the game, two quick strikes from the Detroit Red Wings in the final seven minutes sunk the Jets 4-3 at MTS Centre.

Winnipeg — now 10-8-3 on the season — suffers their fourth loss in their last six games, but it is only the third time they have fallen in regulation in their last 14.

Tomas Tatar‘s second of the game would prove to be the game-winner, as Detroit responded impressively every time Winnipeg took the lead Thursday night. Justin Abdelkader found the equalizer for the Wings with 7:00 remaining in the third period, wildly swinging the momentum and putting a clearly tired Jets team on their heels. 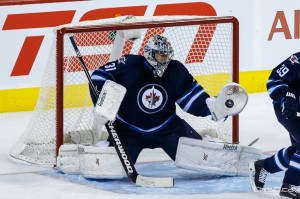 “To be honest with you, I think it was 15 games in 28 days, twice off the east coast,” said head coach Paul Maurice of his apparently fatigued club. “The bench didn’t get quiet out of anything but they were breathing pretty heavy, and we just didn’t have the fight on some pucks, hit a post, and they came down and made good.”

“That’s a good team. That’s a really good team,” said Jets goaltender Ondrej Pavelec who stopped 23 of 27 total shots, and 12 of the 14 Detroit put on him in the third. “They have success for reasons and they don’t need much to score the goals.”

“(In) the third period we should play a little bit smarter, but I think we play hard,” added Pavelec, now 7-7-2 as Winnipeg’s starter this season. “We made some great plays (and) scored some goals. It’s too bad we couldn’t finish it.”

Following two Jets goals — from Dustin Byfuglien and Adam Lowry, respectively — to start the second period, Tatar and Johan Franzen made it 2-2 in a span of just 3:20 following.

It was all part of a five-goal outburst in the middle frame that found the Jets on the right side of the ledger heading into the third period. Mathieu Perreault‘s second goal in as many games made it 3-2 after the off-season free agent signee went fruitless through his first 19 games as a Winnipeg Jet.

The Jets conclude their three-game home stand Sunday afternoon as they host the St. Louis Blues.