APTN Wins Award for Take Our Kids to Work Day 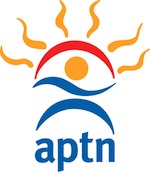 Winnipeg-based Aboriginal Peoples Television Network (APTN) has won an award for its participation in the national Take Our Kids to Work program.

The broadcaster was recognized by the Learning Partnership Canada with an outstanding employer award.

The program encourages parents to bring their Grade 9 children to work for a day and was launched in 1994 by the national charitable organization that champions a strong public education system. The program also aims to recognize employers who make exemplary commitments to students.

Winnipeg’s Canadian Museum for Human Rights was also recognized with the same award, along with eight other companies across Canada.

On Thursday, APTN was singled out as having one of Canada’s 10 most admired corporate cultures.