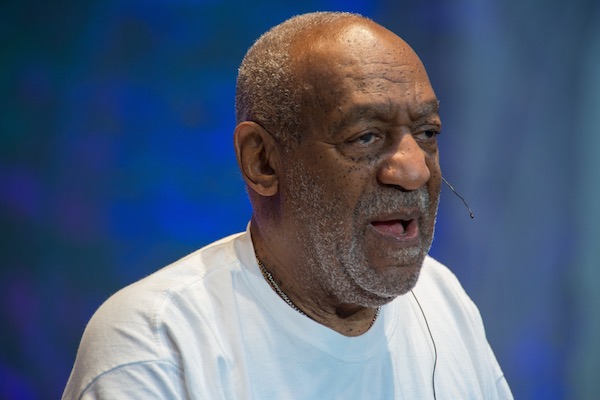 A few years ago when it appeared that his career as a comedy performer was just about over, Bill Cosby made a lot of noise about young African American men who were fathering children out of wedlock and then abandoning their responsibilities. As America’s favourite TV dad who had endured the personal tragedy of losing his eldest son to a murderer, Cosby earned a lot of support at the time.

Unfortunately, even then, his words rang rather hollow to anyone who knew the real story about his personal life. In the 1970s when he was between TV series, Cosby was on the road much of the year doing live performances all over North America. He was particularly fond of working in western Canada, and usually played to sold out houses in Winnipeg, Regina and Saskatoon. He had a bust made of himself by Saskatchewan artist Joe Fafard.

It was common knowledge in those days that Cosby would seldom be alone in his hotel room at night. Indeed I was told by more than one person close to the scene that the long-married comedy legend demanded that women be provided when he was booked to appear in Canadian cities.

They were dirty little secrets then, but in 2014 those dirty secrets are suddenly becoming very public. It’s unlikely that the 77-year-old will ever face criminal charges. Such is the difficulty that women have in pursuing such matters, especially when the perpetrator is rich and famous.

But the brave ladies who are now coming forward have managed to rob Bill of millions of dollars from what was becoming a strong revival of his career. If he’s smart, he will now abandon the spotlight and spend more time with his grandchildren, but maybe he should skip the wise lecture about the value of parental responsibility.

Bill Cosby used to be a very funny guy. Now he’s not much more than a dirty old man.