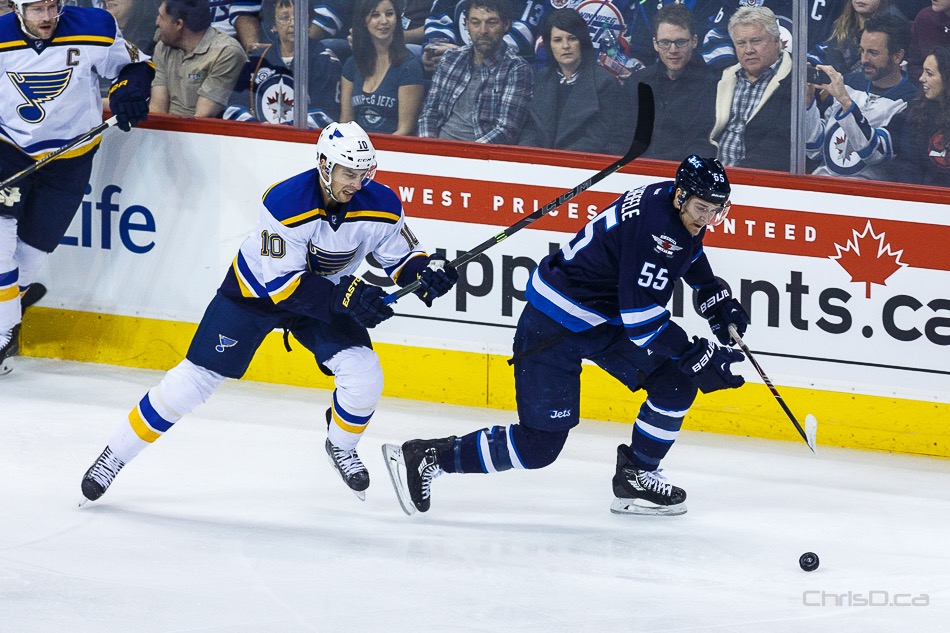 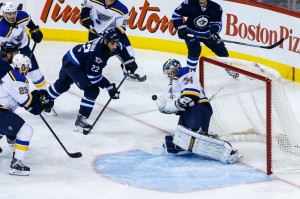 WINNIPEG — The Winnipeg-born and raised duo of Alexander Steen and Ryan Reaves — both sons of Winnipeg sports legends in hockey and football, respectively — were in on all three St. Louis Blues goals as the Winnipeg Jets dropped another home date, 3-2 on Sunday afternoon.

Reaves, the son of 1980s-era Blue Bombers running back Willard Reaves, notched the game-winning goal early in the third period, while Steen, son of 1980s and 90s-era Winnipeg Jets forward Thomas Steen recorded primary assists on the Blues’ two goals with the man-advantage.

“I hope all my friends were celebrating in the crowd, that’s for sure,” said Reaves. “It means a lot. I’ve never got a point playing here in front of my family. I’ve had one or two fights playing in the minors (in Winnipeg)… but I’ve never got a goal, especially. That’s always fun.” 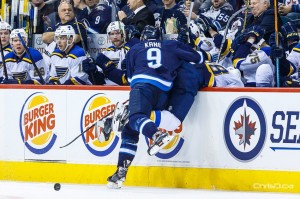 The numbers were with St. Louis once Reaves made it 3-2, as the Blues are now 19-1-2 when scoring three or more on the road, dating back to last season.

Winnipeg’s Bryan Little opened the scoring midway through the first as he found a loose puck in the low slot and beat Blues backup goaltender Jake Allen for his sixth of the year. And in a rare offensive contribution from the Jets fourth line, veteran Jim Slater notched his first of the season unassisted midway through the second.

“It was good, not only for myself but for the line,” said Slater. “Any time you have no points in 20 games it obviously weighs on you, but there are other factors in there. We felt like we were still playing a good solid game — the points just weren’t coming. Hopefully this kind of kick-starts it.”

Despite the three goals against, Jets netminder Ondrej Pavelec made some solid saves against an offensively-gifted Blues lineup, stopping 25 of the 28 shots he faced.

The Jets now head out on the road on a three-game road trip through Columbus, Buffalo, and Boston before returning home on December 3 to face the Edmonton Oilers.