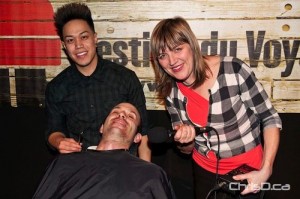 First came Movember, then Decembeard, but the Festival du Voyageur Beard Growing Contest is on a whole other level.

Leading up to the 2015 festival in February, the 33rd annual scruffy contest will launch on December 18 at Garage Café in St. Boniface.

Festival du Voyageur is partnering with the Heart & Stroke Foundation and Berns and Black in order to offer participants the opportunity to take part in the unique competition while supporting a good cause.

Participants will be clean shaven at the event and let their beard grow until February 20. Categories include the Voyageur Beard (wild and woolly) and the Novelty category (groomed moustache or beard).