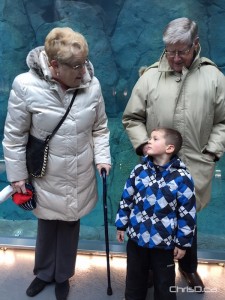 Holden Ross and his grandparents were the first to see the bears in the reopened tunnel at Assiniboine Park Zoo on Friday. (CHRISD.CA)

WINNIPEG — The Assiniboine Park Zoo has returned two of its popular polar bears to the Arctic exhibit in Journey to Churchill.

Aurora and Kaska are back in their original home after repairs were made to the exhibit following the opening in July.

“Watching polar bears swim is a highlight of the Journey to Churchill experience and we are thrilled to have them open once again for the enjoyment of zoo visitors,” said Don Peterkin, COO for the Assiniboine Park Conservancy.

The bears will have access to the pool located above the underwater viewing tunnels known as Sea Ice Passage. 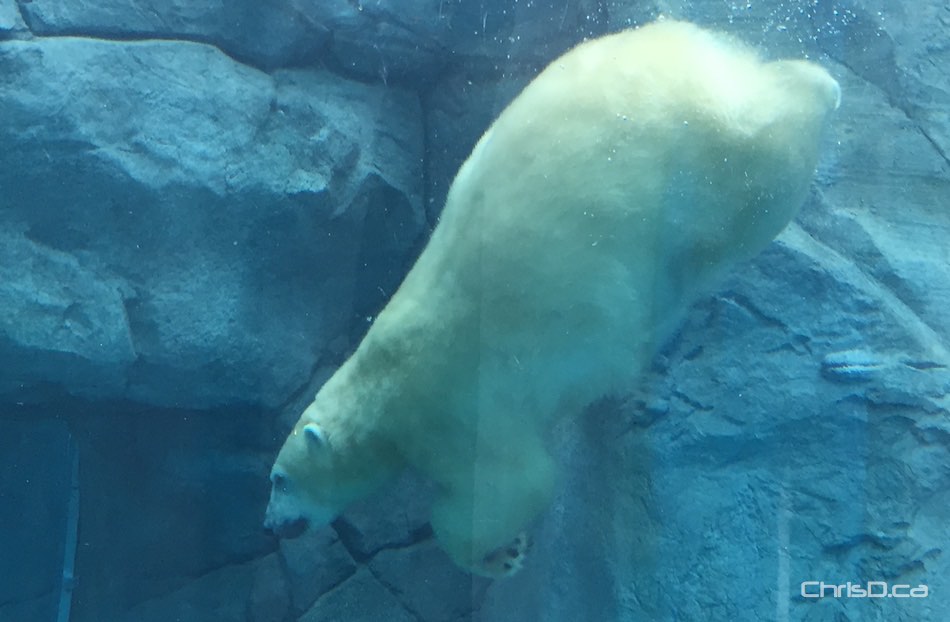 The zoo closed the tunnel after caulking was “rearranged” in late September by one of the bears. Staff had to drain the pools, recaulk the affected areas and then wait for everything to dry. Steel plates have been placed where the caulking is to prevent the bears from digging at it again.

“Basically the tunnels are back open, we’ve got bears back in our pools — come enjoy it,” said Janice Martin, curator of collections and behavioral husbandry at the zoo.

Despite the cold weather, the pools in Gateway to the Arctic will remain open all winter. The circulation and filtration systems used to keep the water clean also produce residual heat, which combines to keep the water from freezing.

Assiniboine Park Zoo is home to a number of hardy, cold-climate species from northern latitudes and mountain ranges including those featured in Journey to Churchill as well as snow leopards, Amur tigers, bison, reindeer, cougars and more.