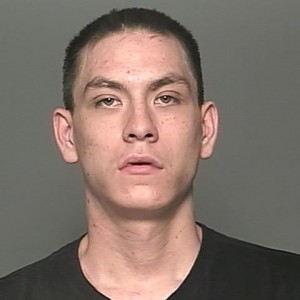 Winnipeg police are turning to the public to help locate a man wanted in a fatal hit and run which occurred on October 26.

Police were called to the area of Marbury Road and Mapleglen Drive at around 2:40 a.m. for the report of a crash involving a pedestrian. Police say the driver of a Dodge Charger and the driver of a black Infiniti G35 became involved in a driving dispute.

The 31-year-old male passenger of the G35 exited the vehicle to speak with the other driver, at which time the Charger is said to have suddenly drove toward him at a high rate of speed while he was standing in the roadway.

The man died in hospital two days later and the vehicle involved was eventually found and seized by police.

An arrest warrant is now out for Terrence Jack McKay, 24. He is wanted on charges of second-degree murder, causing death by criminal negligence, failing to stop at the scene of an accident involving death, and dangerous operation of a motor vehicle causing death.