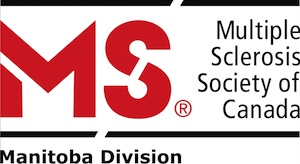 The Manitoba division of the MS Society of Canada is rolling out two new bike tours for 2015.

“After the success of the 25th anniversary of the Biking to the Viking event where we broke our fundraising record by raising $532,000, we’re really excited to bring two new bike tours to Manitoba,” said Donna Boyd, president of the MS Society of Canada, Manitoba Division.

“The closed circuit Mountain Bike tour in Turtle Mountain was really a no-brainer given the prevalence of mountain bikes. For the Winter Bike, it’s a bit more of a niche audience and while there are several fat bike races in the province, this is the only tour event which really opens the playing field for winter cyclists of all experience levels.

The winter leg is a closed circuit fat bike tour where cyclists will travel their choice of 3 km, 8 km, or 11 km groomed trails over lake ice and through the pristine forests of Clear Lake.

The Turtle Mountain Trail tour will depart from Adam Lake and have the option of following a 10 km novice route, or a 35 km challenge route that circles James Lake.

All funds raised by the MS Bike tours are split evenly between funding research and supporting programs and services for those living with MS.

Registration details are available at MSBike.ca.