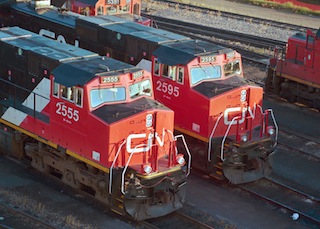 Twelve rail cars from the westbound train derailed at around 5 p.m. No dangerous goods were involved.

Crews were cleaning up at the scene on Wednesday morning.

The cause of the derailment remains under investigation and the Transportation Safety Board has been dispatched.

Brereton Lake is about 130 km east of Winnipeg.