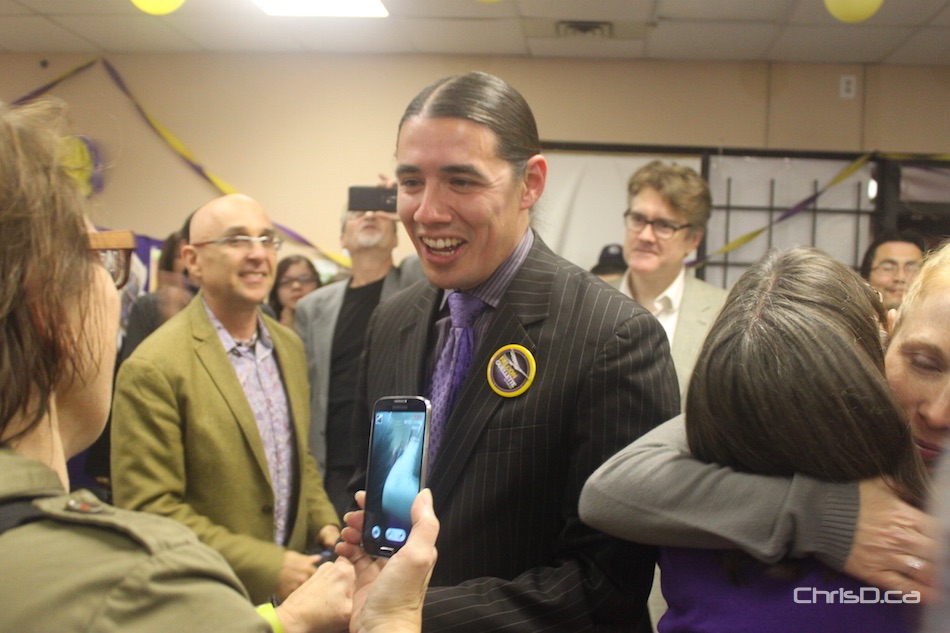 WINNIPEG – An aboriginal candidate who won praise for his mayoral campaign in Winnipeg wants to become a Liberal member of Parliament.

Ouellette, 38, was something of a Cinderella candidate in October’s mayoral race. With no organization, name recognition or party backing, he finished a strong third with 16 per cent of the vote and gained attention for speaking about poverty and race issues.

Ouellette had been eyeing other political parties, but said the Liberals reflect his vision for the country.

“I just felt that the Liberal party was the party that really represented, and was speaking to, me more as an individual, talking about their vision for the country.”

Winnipeg Centre includes some of the poorest neighbourhoods in the country. Ouellette lived their briefly as a child before moving to Calgary and Quebec City.

“I think there is a population and groups of people within that riding that have been historically ignored by the political class and have not had their issues addressed in an appropriate way,” Ouellette said.

He now lives in the suburbs of south Winnipeg and works as the director of aboriginal focus programs at the University of Manitoba.

No date has been set for the nomination meeting and there is already one other candidate _ Allan Wise, who heads a non-profit neighbourhood renewal agency in Winnipeg Centre. Wise is also a sessional instructor of political science at the University of Winnipeg.

Wise said he welcomes Ouellette’s entry into the race , and said it’s a positive sign for the Liberals to have a contested nomination in a seat held by another party.

“It’s good for the health of democracy to have a healthy competition and to get the Liberal membership to come out and vote for who they think is going to be the right person to lead them into the next election.”

Wise ran unsuccessfully for the Liberals in the 2011 election. He captured 11 per cent of the vote while Pat Martin received 54 per cent.