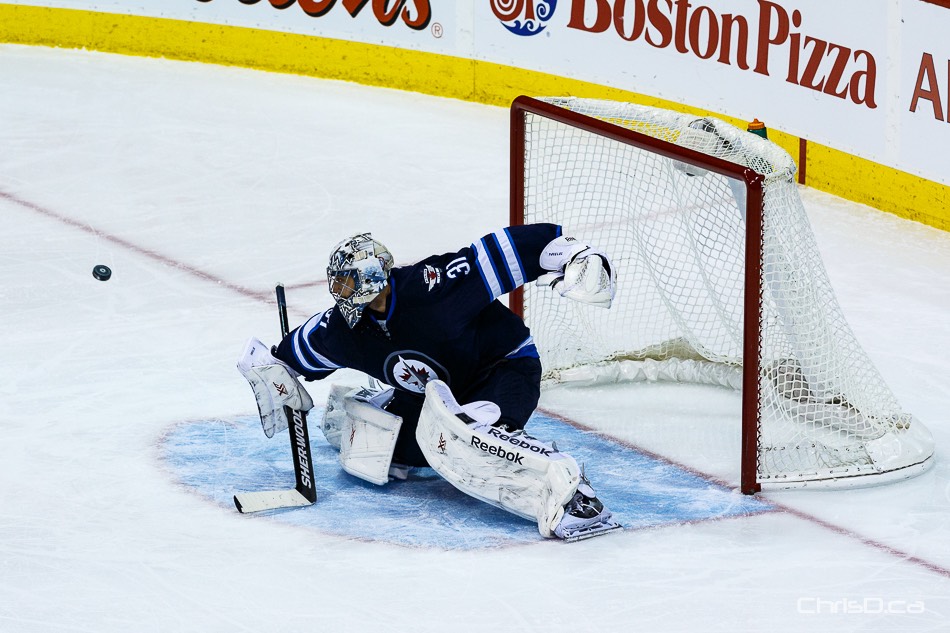 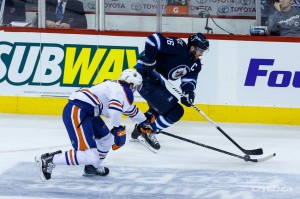 In the hours leading into Wednesday’s matchup with the Oilers, Jets head coach Paul Maurice responded to a query about what may concern or worry him as he prepared his club for a game against a team that has lost 10 straight games.

“Everything, Dennis. Every single thing.”

Understandable. While the Jets were coming off a successful three-game road trip, and then enjoying five days off between games as they open a home-heavy December schedule Wednesday night, they faced a likely frustrated and hungry Edmonton Oilers team.

Call it a ‘pressure game.’ Call it a ‘trap game.’ But in the end, the Jets were able to come back and capture two points to keep pace in the Central Division.

“There’s no style points in the National Hockey League,” said Maurice following the game. “We certainly didn’t make it easy on ourselves. How we moved the puck was a real challenge for us.”

“(The) offence kind of comes. We don’t really look for it,” said the sophomore Trouba. “It comes with the style we play. We don’t get a ton of chances, but you’ve got to make the most of the chances you do get.”

“I just went to the net and (he) shot it right at my stick,” said Perreault of his overtime goal. “I didn’t see it going in. It’s one of those plays, just go to the net, hit your stick, it goes in.”

“It was obviously not the prettiest game we’ve played,” added Perreault, who had a goal and an assist along with Dustin Byfuglien. “We got the two points so at the end of the day that’s all that matters.”

The equalizer came dramatically as well, as Byfuglien deflected a Mark Stuart shot to erupt the crowd with just 3:06 remaining in regulation.

Edmonton’s go-ahead goal came just 1:31 into the third as David Perron worked around Jets defenceman Adam Pardy and lifted it, allowing Teddy Purcell to tip it over Ondrej Pavelec‘s blocker.

While controlling the tempo and finding the majority of the chances in the opening two periods, the Jets opened the scoring with a 3-on-2 rush in transition sprung by Byfuglien. Perreault used Evander Kane as a decoy as he dropped it for Trouba who snapped it high over Ben Scrivens’ glove.

Edmonton was able to even it up late in the first when Ryan Nugent-Hopkins wristed a blind shot through heavy traffic from above and outside the circle that went untouched and in off Pavelec’s glove-side arm.

The Jets continue a three-game home stand as they host the Colorado Avalanche on Friday night and the Anaheim Ducks on Sunday afternoon.