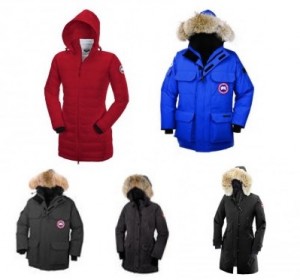 Winnipeg police have charged four people after $15,000 worth of Canada Goose parkas were stolen from a Corydon Avenue business in November.

Thieves smashed a large window in the 2000 block of Corydon and made off with more than 40 jackets.

Some of the merchandise was taken to a business in the 700 block of Selkirk Avenue, where police say it was posted online for sale. A 35-year-old man was arrested and has been charged with possession of property obtained by crime under $5,000.

A 29-year-old woman, seen in surveillance photos from the store where the robbery occurred, was eventually identified and is facing the same charge.

On Tuesday, police executed a search warrant at a suite in the 500 block of Young Street and made two more arrests.

The second woman seen in the surveillance photos was taken into custody. Tahnee Wapash, 27, has been charged with possession of property obtained by crime under $5,000, break and enter, and theft.

Cornell Lee Belanger, 33, has been charged with break and enter, and theft.

Police are continuing to investigate and say additional arrests are pending.