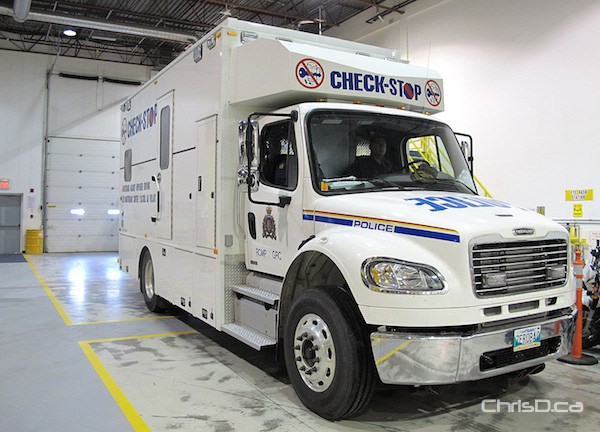 Manitoba RCMP are on the roads looking for motorists enjoying a little too much holiday cheer.

“Some of your fellow Manitobans are not getting home to their families because of impaired drivers, and the RCMP has made it a national priority to change that,” said assistant commissioner Kevin Brosseau, commanding officer of RCMP “D” Division.

“The RCMP is taking an all-hands-on-deck approach to looking for people on Manitoba roadways who are choosing to practice high-risk driving behaviours. This approach includes me getting out there tonight on the highways and assisting my officers in keeping the roads safe.”

RCMP have charged 1479 impaired drivers so far this year. In 2013, 10,000 vehicles were pulled over during the holidays, resulting in 110 impaired driving charges.

The checkstop program is a joint initiative of the RCMP, the province and Manitoba Public Insurance.