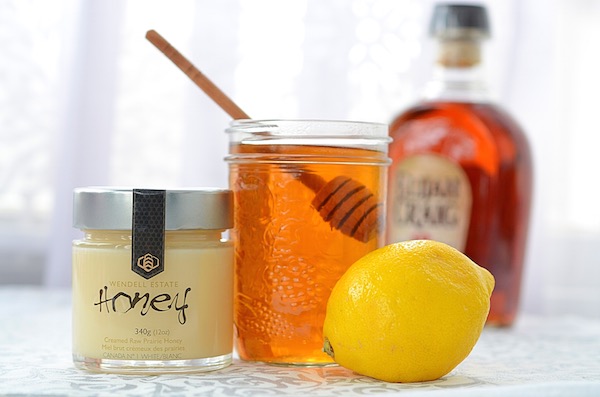 WINNIPEG — We had been skating on the snow-free ice of Lake Winnipeg for hours. As always, the north wind was in fine form but no one really cared. To be able to skate on the big lake for as far as the eye could see is a rare treat.

By the time we tucked in to the hotel lounge on Hecla Island, cheeks were burning and fingertips a-tingling. Our server suggested a hot toddy and I eagerly agreed, even though, at that point, I had no idea what it was. I’m glad I took the chance.

Back in the day, hot toddies were considered good medicine especially when it came time to treating cold and flu. As one writer so aptly put it, “the vitamin C for health, the honey to soothe, the alcohol to numb.”

Recipes vary from region to region but most include boiling water, lemon, honey and of course, alcohol. Rye, Irish whisky and brandy are popular choices. I prefer bourbon. The addition of Wendell Estates raw creamed honey adds a touch of sophistication (and plenty of deliciousness) to the mug. Feel free to garnish your toddy with a cinnamon stick, a sprinkle of cloves or a couple of star anise pods.

Dissolve honey in boiling water. Add bourbon. Twist lemon over top of mug, then drop in it. Repeat.