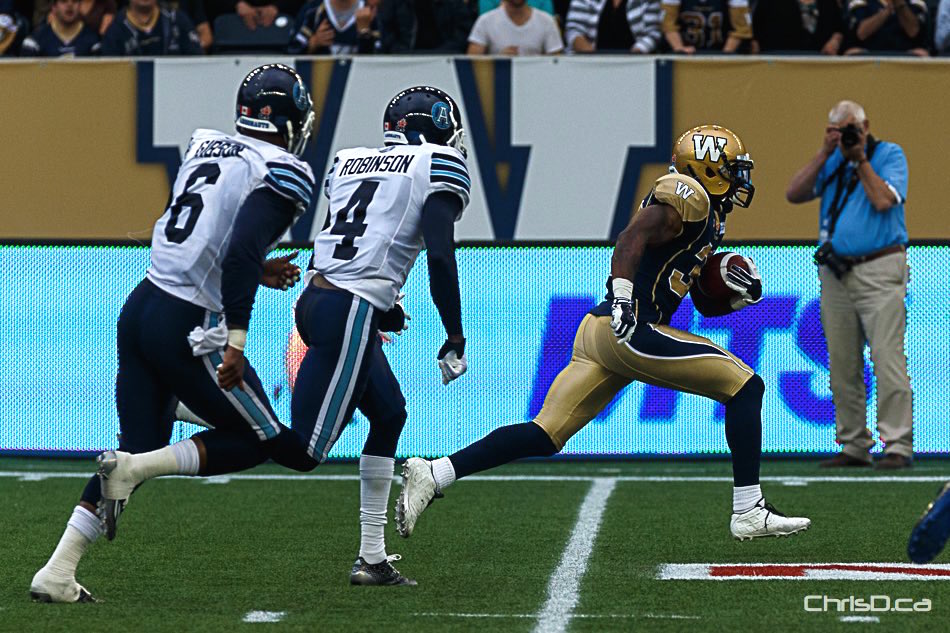 The Winnipeg Blue Bombers have re-signed safety Maurice Leggett to a contract extension.

The deal takes Leggett through the 2017 season with the Blue and Gold, building on his accomplishments as the club’s 2014 most outstanding player.

“I love being a Bomber,” Leggett said in a statement. “From the community aspect and the amazing fan support, to the coaching staff and all of teammates, and how the organization treats us as players. It’s an amazing experience to be in Winnipeg and play football professionally, and you only understand that once you spend time there.”

Leggett completed his first season with Winnipeg in 2014. He finished second in the league with five interceptions (tied), including three in one game (August 22). He also recorded three fumble recoveries, 65 defensive tackles, and two sacks.